Best of all, Humanity Home welcomed three new little girls, aged 7, 4 and 3. We had a delightful time bonding with each of them and they are a most welcome addition to our family.

We also welcomed Debra as a deputy director to help Judy with all things necessary at HH. We had been searching for nearly two-years for a capable assistant for Judy. We tried no less than four other people, none of whom had the passion and ability to think for themselves and solve problems that this position demands. Debra is 24. She showed up at the house seeking a volunteer opportunity. Recognizing her potential, Judy hired her for a paid probationary position for two months. Before six weeks had passed, it was obvious Debra was terrific and we hired her to a permanent position. Debra is patient, passionate, kind, smart and resourceful and hard-working. She lives at HH five nights a week. Her roommates are two three year olds. She loves the kids and they adore her. In Kenyan/British English, the word zebra rhymes with Debra. A five year old promptly dubbed her “Auntie Zebra.” Welcome to HH. 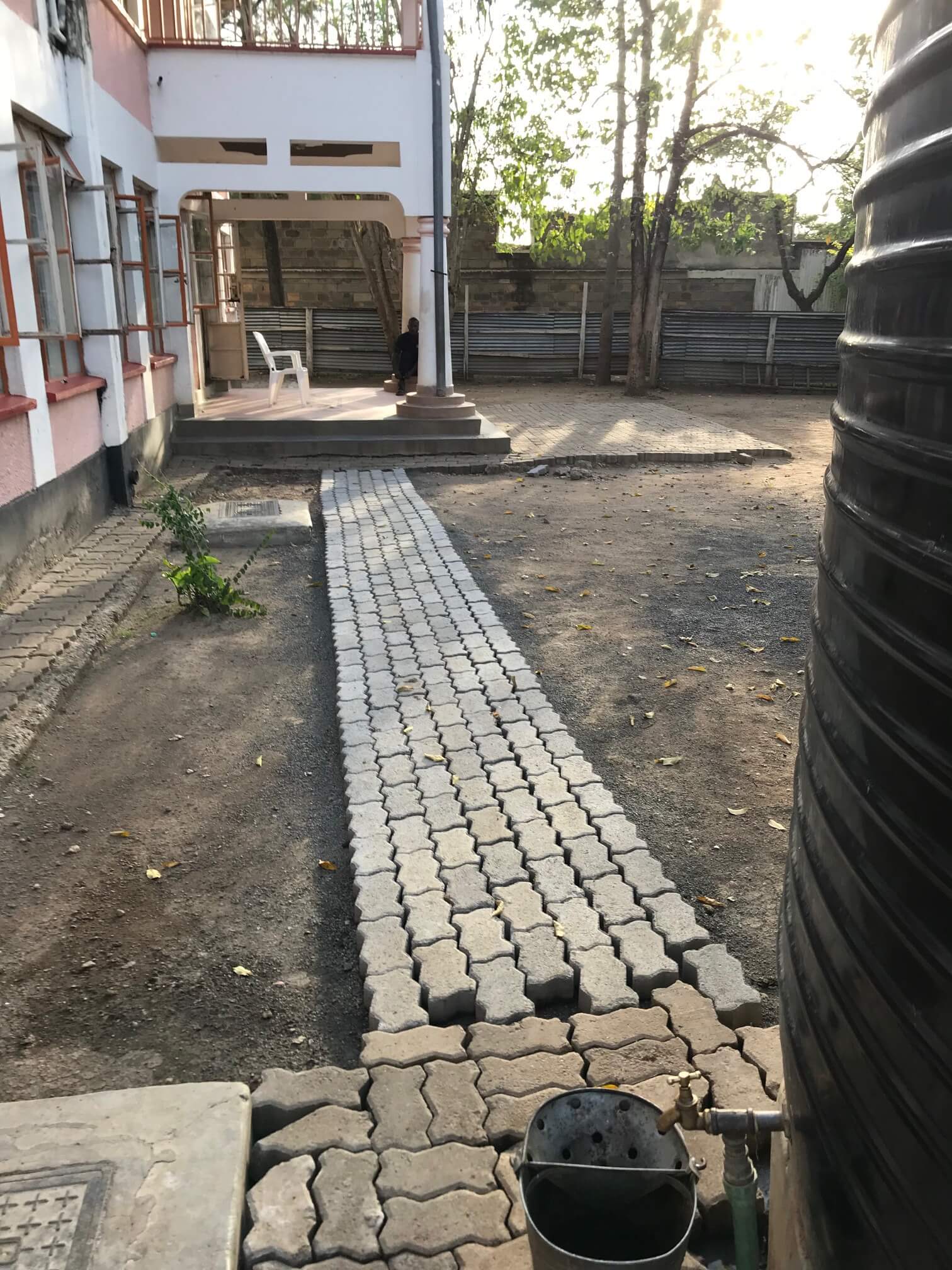 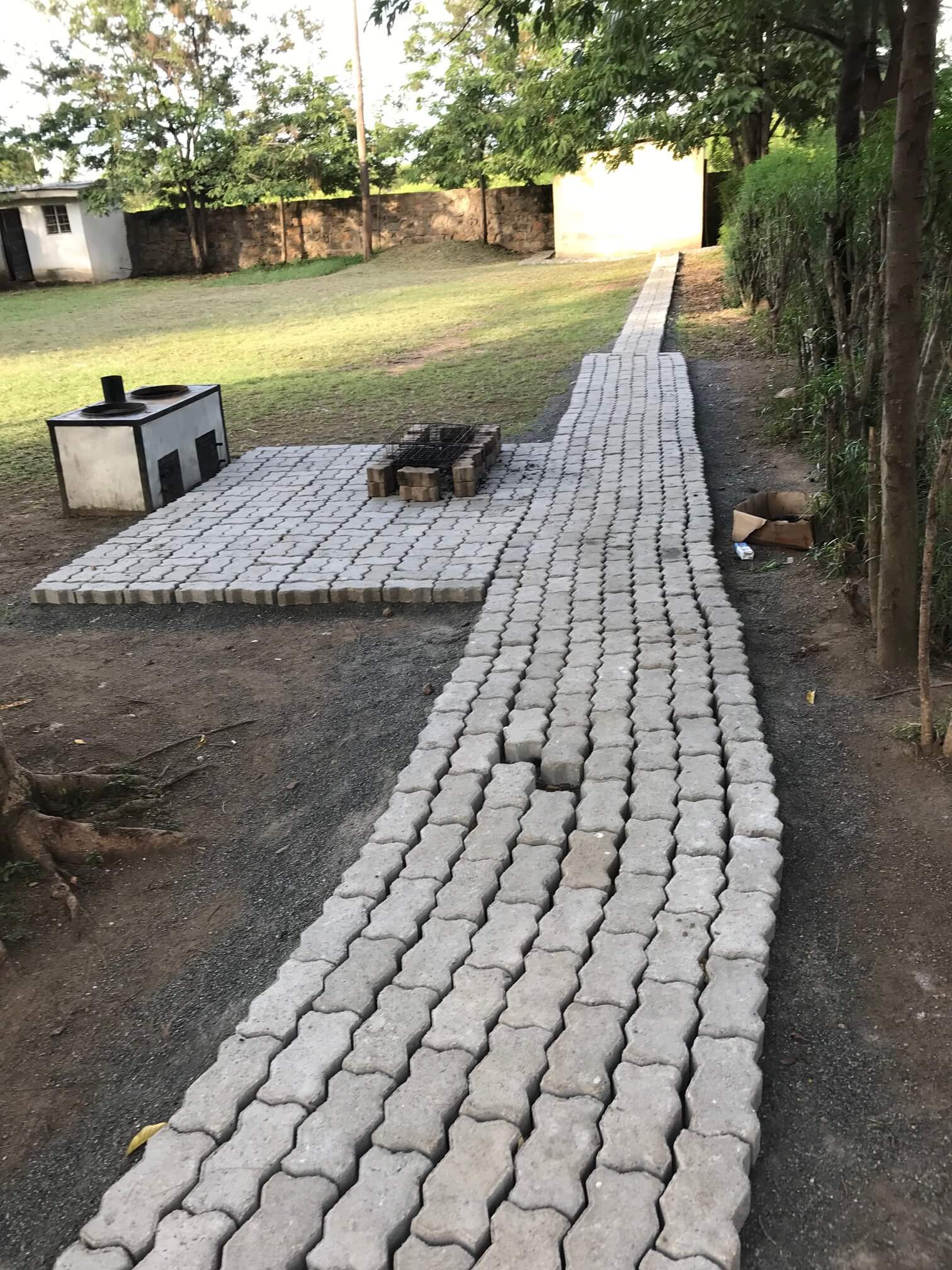 Our day-time security guard, Sam (a/k/a “Uncle Sam”) and I came up with the idea of building a walkway within the compound from the house to the water tank and down to the pit latrine, so the kids would not have to walk in mud. We bought more than 1,500 brick pavers and three tons of crushed rock and constructed the walkway and a patio for barbecuing.

Transportation to school was problematic. We were paying the school for bus transportation. However, the school’s idea of transportation consisted of an impossibly overcrowded mini-van (upwards of 30 kids in a 12-passenger van) that required the kids to wait outside by the highway. We decided to hire private vehicles to transport the children. These are still overcrowded but a big improvement.

For some time, we have been taking lunch to the kids at school, because of issues with the school-provided lunch. Instead of long lines for scant portions of rice and beans that sometimes run out, our kids’ lunch consists of ample portions including a decent protein source. We pack up the meals in a milk crate and take a motorbike taxi to school. The lunchtime visits also give us a chance to check on the kids. If an illness develops, it can progress very rapidly and prompt treatment is critical.

We took 15 kids to a dentist in Kisumu. The kids’ patience and behavior was amazing.

We also had our kids tested for and vaccinated against typhoid.

One of our little girls needed adenoid surgery. The ENT doctor was impressive. We took her to a private hospital near Kisumu where the care was very good. Judy and I took her. As parents know, a surgery is never minor when it is your child. They brought us into the recovery room immediately when the child was wheeled out of the O.R. We held and consoled her as she cried and struggled with post-anesthesia hallucinations. A sedative and a short nap brought her back to us. By early afternoon, it was impossible to tell that she had ever been through any surgery. I took her downtown for ice cream on what turned out to be a priceless afternoon bonding experience.

Water. Our water supply usually comes from two sources: rainwater from the roof that is collected in two 10,000-liter tanks, and an intermittent municipal supply. Both of these are vulnerable to drought, and this area of Kenya has been experiencing a nasty drought as the February to April rainy season never materialized. We have had to get water delivered in 6,000-liter increments from a sugar processing facility, which is expensive. Many vendors from Kisumu purport to provide “clean drinking water.” However, one can observe these trucks drawing water from a filthy river. In the gallows humor that is often necessary to survive in a place like this, Judy and I joke that tanker trucks have “Clean Drinking Water” painted on one side and “Septic Exhauster Service” painted on the other.

We have WiFi! It is only as good as the cellular network, but it is a nice improvement.

Most of the girls like to get their hair done by a salonist who comes to the house. Lately, they have been agreeing on matching hairstyles.

The kids love swimming. We take them to a hotel pool in Kisumu. In addition to having an incredible amount of fun, the older kids are developing real swimming skills.

A neighborhood dog has adopted HH as her primary home. Agnes arrives every night at precisely 6:00. She is the only well-fed dog in the area. She eats everything including chicken bones, fish heads, and vegetables without complaint.

Finally, chicken is readily available and a good source of protein. Charcoal is commonly used. We fashioned a grill out of bricks and some wire fencing. I have gotten the staff and kids addicted to barbecued chicken!